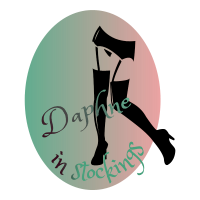 Crazy thing in my head

Skip to Content
By continuing to use this site, you agree to the use of cookies. Find out more

Home Covid-19 Crazy thing in my head
by Daphne

On December 10th, something strange happened in my head. In the same place I felt something, the day before my fall back in February. Now it was as if a little balloon had snapped and fluid was leaking out. It was just after my singing lesson. I got a headache almost immediately. I was about to join a webinar. So I did, and I made notes as well. I couldn’t finish because I needed to lie down. It was hours later when I woke up.

The next day I called my general practitioner. She called me back after the weekend. I found that a bit strange because it could have been a TIA. I had headaches till Monday and a strange feeling in my head.

I told my general practitioner about these problems and that my mental issues weren’t solved yet. We scheduled an appointment and she did a dementia test because I have trouble with my short-term memory and simply routine and daily activities. Dementia wasn’t the problem. So she gave me a referral for a neurologist.

A few days later I told the company doctor about what happened, she laughed when I told her about the dementia test. I wouldn’t say I liked that visit. I had it prepared. She didn’t want me to get my notes to make sure I told her everything. She asked me things during me telling my story in a way that I couldn’t focus on what I was telling anymore. I was sad and worried about my health and future. I got disappointed, sad, and angry, and I wasn’t able to tell her everything in a logical order. Maybe that wasn’t necessary because she is sending me to a labor expert. The company doctor told me she thought I would be totally different a half year from now. And that everything is going to be okay again.

We use cookies to ensure that we give you the best experience on our website. Continued use of this site indicates that you accept this policy. Read more. Accept